An Introduction: Solutions Securing our Sovereignty

Home BEING READY An Introduction: Solutions Securing our Sovereignty

An Introduction: Solutions Securing our Sovereignty

You are about to read a solution that will answer a national crisis and will remedy a sociological divide in our nation, but it is crucial to explain first and foremost what this article is NOT about. It is not about forced immigration, such as, what has happened all over the world throughout the existence of man, with the African slave traders capturing and selling their own countrymen and women for economic gain, nor the Arab slave traders capturing and selling any human, from any race throughout Europe, Africa, and Asia for economic gain, nor the European slave traders who enslaved and tortured the Irish, Africans, and Asians all over the world to include the Americas, all for economic gain, nor is it about the first slave owner in America who was a black man, nor is it about the Native American tribes that massacred and have enslaved and stolen others from different tribes throughout their history, nor is it about the KKK, the Nazis, the Black Panthers, La-Raza or any other form of bigoted racist hate groups. Finally, this article is also NOT about the blending and mixing of terms, such as “immigration, or immigrant” without the “legal” or “illegal” added on, as it should be, for clarification of the truth. We cannot simply omit words to manipulate and deceive the minds of the American people from understanding the separation of legal vs. illegal immigration. Now that we know what this article is not, let’s talk about what it is about, sovereignty, a solution and a remedy.

The definition of sovereignty is: “The full right and power of a governing body over itself, without any interference from outside sources or bodies.” In the case of the United States of America, our founders created a unique government that came to be a Constitutional Republic. This means that the authority of citizenship throughout the Constitution, is the governing process to enhance and defend our nation’s sovereignty. The sovereignty of the United States of America, can only exist when the supreme authority, we the people, administers of the law of the Constitution. This “law”, our Constitution, subordinate ONLY to the law of nature and the nature of God, is unique and key to maintaining our Sovereignty.

Our Constitution, the law of the land, in part, says in Article 4, Section 4: “The United States shall guarantee to every state in this union a Republican form of government, and protect each of them against invitation…and against domestic violence.” It’s an oath (a solemn promise), which the president and all elected officials give once elected, to acknowledge and defend this “law” of the land.

Sovereignty is drawn by lines of a border, that clearly identify where said sovereignty begins and is acknowledged. Without this clear and concise line drawn, the government, our republic, ceases to have jurisdiction. When it comes to identifying who has and who does not have the right to enter into our country and when, as well as where and how to do so, we are a divided nation. It is in fact, a division, of the right of sovereignty. However, now a new organization, the U.S. First Defense Coalition, has a solution to this debate that honors our Constitution, the rule of law, and protects our nation’s sovereignty all while being compassionate to the situation and conditions of the persons from many nationalities, races, genders, and ages that are in the United States “illegally”.

The solution is, Phase One: To administer the rule of law, as it stands currently in our land and enforce said laws as they are written. Phase Two: To clearly acknowledge and show where our nation’s borders exist by building the “necessary barriers” that would stop any further human trafficking (sex slaves) or drug trafficking, and any unidentified entries, so we may prevent any further invitations to our sovereignty, as a nation. Phase Three: To locate and deport any and all known criminals of our laws, as to protect against any kind of domestic violence and failure to assimilate to our laws and culture. Phase Four: To identify and locate all illegal aliens that are in our country from all nations. After which, we will work with these individuals to address their concerns about deportation, and show them that they can remain, NOT with a path to citizenship or amnesty of their crime, but through a step-by-step process that allows them to work towards a green card of permanent residency, behind those already legally in line. This will answer their fears of not being able to work in the states, or of splitting their families up, who have been here in the U.S. since they were babies.

Permanent residency and not citizenship, means they will not be able to vote, or own firearms legally in the United States. This U.S. First Defense Coalition solution, will prevent and further illegal entry into our country, deport all illegal criminals out of our country, protecting our citizens, and making those who are here peacefully but illegal, pay reparations for broken laws, work towards permanent residency, saving their families, all while reinstating America’s authority, our sovereign nation will be able to stop the flow of continued illegal entries into our country, from any of our borders, or expired visas prior to setting any permanent residencies.

Let me finish by saying, that this issue must be met with pure American Citizen perspective, which is the perspective of the law of the land, our Republic, that of university, E Pluribus Unum, the melting pot of the world, the American society, and NOT through the perspective of “division of diversities”, race baiting, and hate. Let’s keep our sovereignty by not allowing any “interference from outside sources or bodies”, such as, allowing the United Nations to dictate or undermine our Constitution. 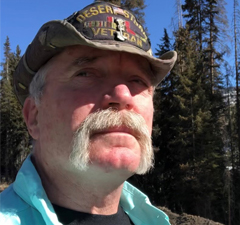