An Introduction to The Border Crisis Report

Home BEING READY An Introduction to The Border Crisis Report 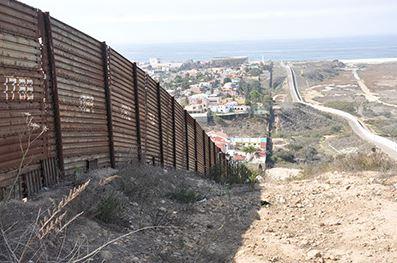 An Introduction to The Border Crisis Report

3. Mexican Popular Sentiment – Not happy with the onslaught, but the Mexican Government is refusing / incapable to crack down. Border fighting in Mexico on going. Current major conflict between elements of the Gulf Cartel with elements of the Los Zeta’s over corridors in Texas especially Nuevo Laredo. Mexican law enforcement recovered 9 bodies hung from the over pass near TX Border as well as 14 decapitated bodies on March 4, 2019.

1. Staging of IA’s – Occurring without let up. Caravan encampments such as Tijuana, are siphoned via trucks and buses to exploit weaknesses in US Border areas. Organized by cartel coyotes, to infiltrate weak, and often, undermanned areas of the border. Once inside the US, IA’s are instructed to seek asylum due to violence. Cartels instruct each person, as to where they will be transported, and told, who is their next of kin.

2. NGO’s (G4S or Wackenhut) – Transport IA’s via Greyhound Bus to US destinations, at taxpayer expense. Site destinations are determined by familial connections dictated by Cartels. (Remember – IA’s have no identity papers, and thus, so-called family / city relationships based on verbal communication)

3. Human Trafficking – Has rivaled drug mules in lucrative profits – the cost to hire a coyote for a South American is $7000.00 in Texas, and $6000 in Arizona (per person). The price is set regardless of age / gender. Chinese and other SIA’s (Special Interest Aliens) is $70,000.00 each (regardless of border area). The result is a vast increase in indentured servitude / slavery spreading across the US. IA’s must find work immediately to pay off cartel debt.

1. In South America – 70% of caravan members are being victimized – 30 % of females are raped, all females must travel with birth control. It’s a humanitarian crisis.

1. Coyotes place extremely sick / children near the front, to overwhelm US Enforcement and local hospitals.

2. Takes 2 CBP Agents to care for each sick alien. That removes agents from further border activity.

3. 20 year old IA’s – Then rushed through weakened areas. Whether they are caught is irrelevant. The key is to get across.

4. Drug mules, SIA’s – Easily exploit areas while most agents are pulled to cover the sick.

1. Out of Control – During the 2ndweek of February, in a 24 hr period, 1000 were apprehended from one sector near Hidalgo Co, TX. All facilities are above holding capacity. Not enough CBP to handle the flow. Areas are over run. Large numbers of IA’s are coming in with groups of 100 or more at a time. Many of the OTM’s (Other than Mexican) are from Bangladesh, China, Somalia, Pakistan. CBP agents are calling the situation as “complete insanity.”

2. Volume – Has remained constant for the past several months. Caravan size every week. Agents report that even though some went without pay during the Gov’t shut-down, they still reported for work. They want the border secured at any cost.

3. Medical crisis – requires 2 agents per victim, a minimum of 100 agents per week. These agents are unable to perform border enforcement in their sectors.

1. Roughly a caravan per week – 400 to 500 IA’s per day are caught. In the last week, IA’s from 41 different nations have been apprehended. Many once again from; China, Bangladesh, Pakistan.

2. Fallfurious, TX Border Check Point – Being widened from 3 to 10 lanes to increase inspections to near 100 %. Cartels are moving human traffickers, by land, and over rough country, to avoid check point / detection. Three bodies have been found recently. Resources, Brooks County Sheriff Office can only afford 1 deputy per shift to cover all of Brooks County.

3. Eagle Pass – Reporting same as (1 & 2) – Texas DPS has been rushed into the area recently due to infiltration by large numbers siphoned from caravan holding areas. One truck carrying port o johns was stopped with as many as 10 IA’s in each port o john.

1. Rancher in Presidio County, on his own sought out, Andurail Security Firm, – which brought in high tech surveillance equipment to test. Monitoring system placed in the rancher’s home. After 2 weeks traffic has come to a halt. The rancher spots, coordinates with CBP / local authorities, and guides them to IA’s. It is a huge success for very little money, but requires a very motivated rancher, and coordinated local enforcement. (20 mile section of border)

2. West Texas / Big Bend – Areas with little enforcement being utilized as a cat and mouse movement over large areas surveilled by cartels with little US Enforcement. Lots of drugs and human trafficking. Siphoning of Caravans.

2. Same tactics – Weak / Young near front and 20 yr olds after… Similar to TX, those that are caught include nationalities other than South American (Somalia, Pakistan, China). It is a wide-open area.

3. Governor of New Mexico is an open border, social justice democrat, and thus, does nothing to help border residents / ranchers / law enforcement.

4. No help from local / law enforcement causes silence in many border residents, which opens further holes along Mexican Border. Some residents (US Citizens) have left democrat-controlled border towns / counties and not just in NM. Understandably, making the area more democrat.

2. Agua Prieta, the Sinaloa are executing IA’s attempt to go around cartel control and rush toward Douglas, AZ. However, part of the major border fence near the Brian Terry Border Patrol Station is being infiltrated, proving that despite censors, cameras, and fence – if no one is watching, the best technology and barriers fail.

3. The military has arrived and placed Constantine wire around ports of entry. Result, a slowing of IA movement over rural Bollard fencing. The US Army Engineers, are also putting up Constantine wire on the inside of US fencing, from 18ft high to the ground. Military is working with Cochise Co, Sherriff, to keep caravans out and causing the Sinaloa cartel to move around Cochise County. 100 % conviction rate if IA’s are caught. The push of IA’s then moves to rural parts of AZ, especially around Yuma, AZ.

3. Group members revealed that trucks and buses had been organized in Mexico to take them to this point where the only barrier is a vehicle barrier commonly known as Normandy fences.

4. NGO’s (Like Texas / NM) are having to transport IA’s out of Yuma just to handle to numbers. Greyhound is the main bus company.

5. Over 700 IA’s had to be released into the streets of Yuma 2ndweek of February due to overcapacity in facilities.

6. Cartels pricing – $5000 to $7000 per person, and are placed to work via cartel orders. Some have been determined to have entered the Carolina’s. Two MS-13 members were captured in January and one had previous felonies in Georgia. Sheriff Wilmot had to deputize federal officers to help arrest, which places further cost burdens, on county resources.

7. OTM’s and SIA’s have been identified from 63 different nations in and around Yuma since November 2018. Nationally 9 out of 10 of the IA’s documentation, when they appear, are fraudulent.

8. Scabies, Measles, and other diseases have required 10,000 man hours (last year) and $700,000 in medical bills just in Yuma County to medically treat IA’s . Local and federal resources can’t handle the cost which is not allocated each year.

9. Humanitarian cost are eating up county resources. Drugs are flowing in large quantities, which is, adding to money from human trafficking.

10. The Sinaloa Cartel is now growing poppy crops to keep up with an expanding market in the US.

12. A tunnel was discovered (590 ft long 22 ft deep)– IA’s from Guatemala, Honduras, El Salvador and India, were discovered after one was observed loading two large containers into vehicle.

14. Tunnel was located inside of the building leading to San Luis, MX.

§ This is a National Security Emergency

1. Badly needed across Star, Zapata, and parts of Hidalgo. Many rural residents do not venture outside far without a shot gun at the minimum. Military personnel have been used very effectively. The wall built around residential areas of Laredo, TX completely transformed the area from constant vehicle thefts / break ins into a more peaceful neighborhood. A wall is a must, but not in all areas, especially where topography reveals too much difficulty.

2. Texas – All 3 sectors need an immediate increase of 1500 CBP officers. Counties not along the border but still with CBP checkpoints need to be declared border counties in order to receive federal funds to aid local enforcement.

Border Law Enforcement Suggestion – Placing the Coast Guard in charge of the Border and putting CBP under Coast Guard command and control.

§ The National Border Is overwhelmed. Instead of a border emergency. It is a National Security Emergency. Bollard fencing is perfect, see through but strong, and a deterrent, especially 18 ft tall structures. However, if there are no boots on the ground, to adequately watch, and respond immediately to threats. Then, no structure or surveillance technology has an effect.

§ Need more border patrol and put them on the border. Instead of 22,000 (CBP) the need is 44,000. In local towns and counties, with adequate barriers / technology, the border can be controlled, as long as, all local enforcement (Sheriff / PD), have a close working relationship with ICE (Immigration Customs Enforcement), and Border Patrol.

§ The key – A close working tie with ICE which is always in close communication with CBP. Without that NEXUS all local enforcement is blind to constant changing in operations along the border and the rampant build up of cartel command and control in US Cities.

§ Without that cooperation – local communities, cities, and rural counties are blind, to the growing prevalence of Transnational Drug Cartels, and, their allied Drug and human smuggling organizations (MS 13, BA 21 etc.).

§ The federal government needs to examine placing the security measures of the National Border under the operational control of something like the US Coast Guard. Then, place more of the CBP, actually along the border, instead of administration offices. Then increase ICE numbers in most major corridor pipelines (I-10 / 75 / 95; I-77 / 85 / 40).