Del Rio Border Patrol Sector
On Monday, March 7, the Del Rio Station Marine Unit rescued a family struggling to cross in the strong currents of the Rio Grande. They cannot emphasize this enough. Crossing the river is extremely dangerous! Several people have drowned (including young kids) this year since January.
On Sunday, March 6, agents from the Brackettville Station arrested a subject from a failed smuggling attempt. The smuggled migrant was a Mexican National convicted of Sexual Assault (Sex abuse under 12 by force, 1st degree). Great work by our agents keeping this predator out of our communities.
On Monday, March 7, several large groups of undocumented aliens continue to cross in the Del Rio Sector. This past weekend, agents working in Eagle Pass, Texas, encountered a group of 165 migrants. With high volume comes a more significant risk of injury, death & crime.
This past weekend, March 5-6, Del Rio Sector Border Patrol agents encountered:
• 2,438 migrants
• 57 Unaccompanied children
• 365 Family units
• three criminal aliens
• 17 Smuggling attempts
• 29 Rescues
On Friday, March 5, agents from the Carrizo Springs Station interdicted five smuggling attempts in less than 6 hours in coordination with our law enforcement partners. The result: 10 criminal smugglers are now in custody, and more than 50 smuggled subjects will be identified and processed as per CBP guidelines.

Laredo Border Patrol Sector
On Tuesday, March 8, Hebbronville Station agents apprehended a group of 24 undocumented individuals East of Hebbronville, Texas. An agent operating a Mobile Video Surveillance System located a large group of individuals walking through a ranch in Brooks County. Border Patrol agents quickly responded to the scene and, with the help of a small Unmanned Aircraft System, successfully apprehended 24 undocumented individuals. After a brief interview, a foot guide was identified within the group. The foot guide was referred for prosecution on human smuggling charges.
Also, on Tuesday, the Zapata Station agents apprehended nearly 50 undocumented individuals near San Ygnacio, Texas. On the evening of March 1, Border Patrol agents came upon a foot sign in the brush of a large group of individuals walking through a ranch near San Ygnacio, Texas. Agents followed their movement until they encountered them in the bush. A total of 27 undocumented individuals were apprehended. The following day, 21 undocumented individuals were arrested near the same area.
All individuals were illegally present in the United States with no proper documentation and transported to the Zapata Station for processing.
On Monday, March 7, Freer Station agents arrested a felony convicted sex offender who attempted to cross illegally with a group of undocumented individuals near Freer, Texas. During the morning of March 6, Freer Station agents apprehended a group of 14 undocumented individuals in the brush near town. Among the group was Elias Alva-Yac, a 37-year-old Guatemalan national. Record checks on Alva-Yac revealed a previous felony conviction for Lewd or Lascivious Acts with a Child under 14 years of age out of Los Angeles, California. Record checks also revealed an outstanding warrant from the Los Angeles County Sheriff’s Department. As a result, Alva-Yac was turned over to Webb County Sheriff’s Office to be extradited to Los Angeles, California, for criminal prosecution.
Significant arrests such as these highlight agents’ diligent work to keep our country safe.
On Tuesday, March 1, Zapata Station agents responded to a Zapata County Sheriff’s Office requesting assistance with a vehicle stop in the Zapata city limits. Upon arrival, agents checked the immigration status of an individual identified as Presentacion Gonzalez-Valadez. He was an undocumented alien and was taken into custody and transported to the USBP Zapata Station for processing.
During the intake process, records checks on Gonzalez-Valadez, a 53-year-old citizen of Mexico, revealed that he was a Paisas gang member with extensive immigration and criminal history that included felony charges for Injury to Child Reckless/Criminal Neglect and Possession of Marijuana.
George Rodriguez, El Conservador 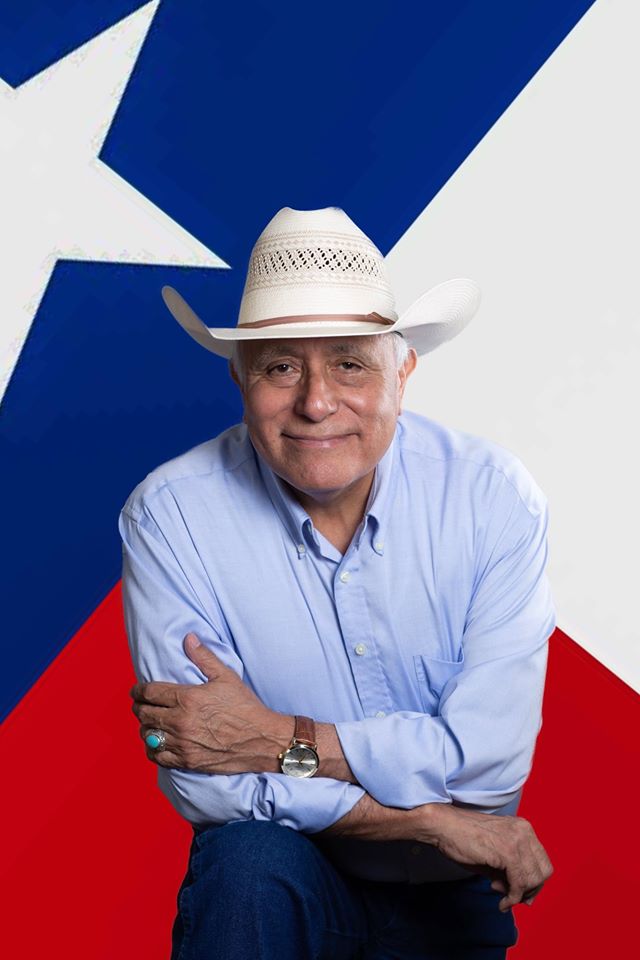