My name is Don Koster, a US Army combat veteran. While stationed at Ft Riley, KS, I deployed to Iraq “Operation Desert Shield/Storm” as a Cavalry scout. I was a gunner on an M3 Bradley fighting as a recon element (scout platoon) in the battles of 73 Easting and Norfolk for which I was awarded the Bronze Star.
Soon after returning to Ft Riley I was diagnosed with PTSD but received minimal treatment during the 30 years following the war.
November of 2020 I discovered ContinueTheMission on social media where I met many other combat veterans including the CEO Gregg Cummings. In our discussions I’m not sure that Gregg knows how much he has helped me personally in coping with the symptoms of PTSD, which was far more than the professionals at the VA had accomplished in 30 years.
The resources made available by continuethemission.net are outstanding and have been vetted and verified as having the veteran’s needs in mind.
As I have referred many to utilize these resources, I would encourage any veteran of the military or law enforcement, who finds themselves in that place that only we understand, to utilize them fully! 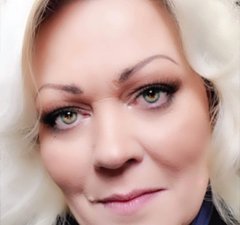 My name is Kaye Bonner. Police Srgt. Retired. It was my honor to serve my state, county and city, in MS. I won’t discuss my mental and physical wounds during my service, but will state that I suffer from PTSD, and have suffered from severe depression. On the darkest night of my life, I wasn’t even on duty. I was at my home and had written 3 letters. One to each of my two sons and one to my dearest friend. I had made all the preparations to carry out my death. I made a phone call to a BBB (Blue Blood Brother) and informed him of what was about to happen and what I needed him to do. After the call I got into position and all I can say is God was definitely present. My phone dings and CONTINUETHEMISSION is live. So I click and Gregg Cummings is speaking about loosing a Veteran brother the night before and visibly upset and practically begging any brothers and sisters who are Militarily or Police active or retired not to take their lives to just reach out to someone. At that moment Gregg says, HEY KAYE!! haven’t seen you in a while girl how are ya. I was floored. #1 I couldn’t believe this guy remembered me and secondly, there’s no way on earth he actually gives a shit about KAYE’S life. I was so wrong. The more I listened and watched Gregg’s body language the more I realized this guy does care. He’s a Veteran, he’s also retired Police so maybe just maybe he gets it. I stayed in his live and remained quiet after saying Hello. 15 minutes later that Brother I had called was breaking into my home to stop his sister from taking her own life. The only explanation for any of it was God! It was literally like a switch being turned on, God saying wait there’s something you need to hear Kaye! If Gregg hadn’t been live and said the things he said there’s no doubt I would no longer be here and my brother would have been to late. Many many brothers and sister in law enforcement suffer silently. Most see it as a sign of weakness to reach out to someone or even speak of things they internally deal with. I have lost 4 Blue brothers. One in the line of duty and 3 to suicide. It’s not a job it’s a calling, and there are so many things you can’t un see. I said all that to say this. The work and time that goes into Continuethemission is absolutely priceless! So since Gregg Cummings took the time out of his live to say “please, just don’t do it, I’m here man, call me, call someone” I am still here. Since that time and several conversations with Gregg I have returned to my former self who loves life and appreciates the good in it! Simple as that may sound to some its huge to me and I’m forever humbled and grateful. I would like to say thank you again for the support of Continuethemission and the RWBNC. So in closing I’d also like to give a huge thank you to Gregg because without Continuethemission I would never have found the love of my life who is also a combat veteran Mr. Don Koster.

My name is Stephen Cook and I’m a disabled Navy veteran. I have struggled with determining what my purpose is in my life. This was where I found myself when I discovered continuethemission.net. I had met it’s founder, Gregg Cummings, and wanted to learn what it was about. I discovered that it is a veteran founded, owned and maintained site dedicated to preventing the 22 veteran suicides per day, to providing over 600 resources for veterans needing help, and to educating others about duty, service and the importance of unity. As I read the blogs and watched the videos on the site, I felt a profound sense of purpose growing within me. I realized that I wanted to be part of this ‘mission’.

Continue the Mission: An Introduction 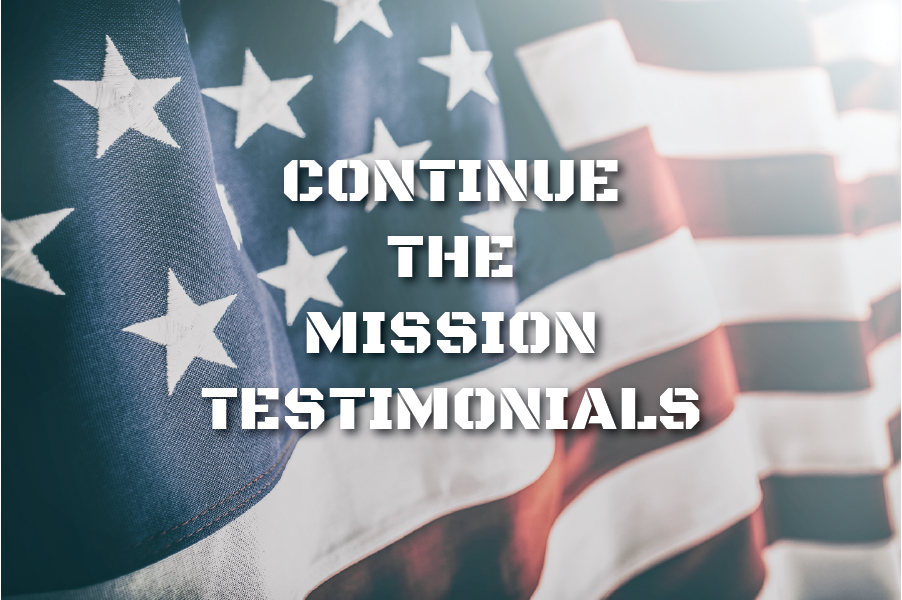