“Continuethemission.net” Is Coming Back Stronger Than Ever

Home BEING READY “Continuethemission.net” Is Coming Back Stronger Than Ever

“Continuethemission.net” Is Coming Back Stronger Than Ever

For those of you who know, know that continuethemission.net is 100% dedicated to continuing the mission of our forefathers in this great country we call the United States of America. Its focus on Veterans and our nation’s Patriotism has been the cornerstone of everything we live and dream about as a nation. Without either of those, we lose what our founders knew was a great experiment for all of mankind.
The website is broken up into 4 main areas to include a 5th store page to help maintain its operations as we continue to move forward for the greater good. The main page is just that the main page where bloggers who are veterans can blog their perspectives on issues they deem important and want Americans to hear. The second page “USFDC” focuses on our sovereignty and borders with reports directly from Americans who live on the border and border sheriffs alike. A page where information from these reports is second to none. The third page focuses on good old school, homesteading, preparations, and survival information that all Americans should stay familiar with for any real-life situations that deem it necessary to have these skills. Finally and truly most importantly is our Veteran’s, Resource Page. This page has thousands of manhours in research, communications, and coordination to assess and post viable and legitimate resources available out there to our military veterans and those who serve this great nation with sacrifice. Here we have well over 700 veteran resources in 12 different categories. This number is growing as we speak. No greater stress reducer for our veterans knows there is a single place they can go knowing the services have already been vetted, are legitimate, and are free to them.
Now, with all that said, over the past few months with illnesses that lasted for months, and the holidays, well we have been inactive which we greatly apologies for. However, the only thing that has stopped is the continuous information from our outstanding bloggers. These will slowly pick back up with a change shortly on how our blog achieves are organized as well. Until then please go to the archive page and see the types of quality articles that have been written.
We also will be trying to launch soon, our monthly giveaway, with each of our monthly bundles, will have around $115 to $215 worth of merchandise in it to include gear and books that Continuethemission.net will highlight. These monthly giveaway tickets can be purchased as business cards that will be 5 tickets for $5, 15 tickets for $10, or 35 tickets for $25. Once we launch this page for the drawings, which has not yet been established, what a great deal to have up to 35 chances to win up to $215 worth of merchandise.
Finally, is our store. Here we ask that you all frequent it as upgrades and new apparel and gear are coming soon as well. You see this store and the soon-to-launch giveaway is what keeps this website going. 100% of all proceeds go back into continuethemission.net and its projects. We invite you to keep visiting and purchasing items here as they are all for a great cause.
We will soon be adding some great Veteran authors and we will then begin to have lives on different social media outlets as well, such as Facebook, Instagram, LinkedIn, YouTube, Clapper, TikTok, just to name a few.
In the meantime please go check out these books 

Continue The Mission, We The People’s Handbook

A Lineage of Warriors
https://www.barnesandnoble.com/w/a-lineage-of-warriors-gregg-cummings/1140158665

Thank you for your time here, and make sure if nothing else you let all your veterans know that are seeking help in resources where they can go for help. Until next time,
“Charlie Mike” (Continue The Mission). 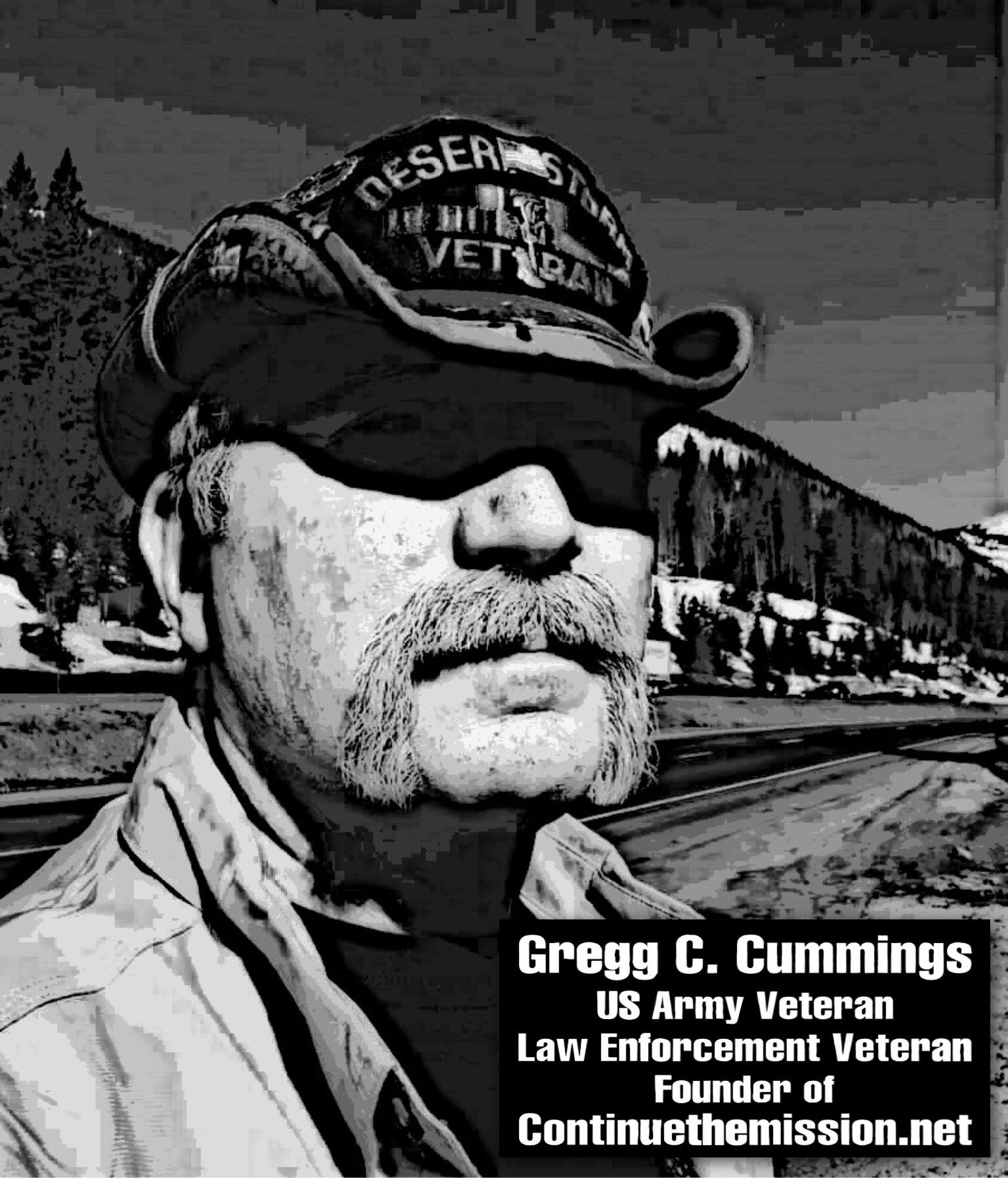