I, George Rodriguez, consider myself a constitutional conservative Texan first of Mexican descent, also known as a “Tejano”.

I believe in personal freedom and support the idea that all Texans and Americans should live life the way they want as long as it does not harm others, or infringe on another person’s rights.

I believe in economic freedom which means that our society should have a free market economy that includes reduced tax rates and reduced government spending so that all persons have the opportunity to create their own wealth. That means they can earn more money, and develop and grow private businesses so they can hire more people. I believe that personal wealth and personal property ownership are important for the personal pursuit of happiness.

I believe the principles of the U.S. Constitution apply to all governments whether local, state, or federal. The Bill of Rights guarantees liberties and protects the rights of citizens, and limits the power of government. However, we must also recognize that the Constitution does not guarantee personal (or collective) success or happiness.

I believe in the constitutional limitations on government, and I believe that all governments (local, state, & federal) should provide the only most basic of public services to citizens and taxpayer, while operating within their budgets without deficit spending.

I believe all citizens and taxpayers should be concerned about the $21 trillion federal deficit, plus the high state, county, municipal, public school and other taxing entities’ debts. Government debt is very dangerous to the freedom and liberty of citizens.

I believe America is the greatest nation on earth with a God given destiny (if the nation is worthy) and Texas is the greatest state in the nation. I believe in states’ rights which is why the official name of nation is “United States”, and therefore I consider myself a citizen of Texas first.

I believe we are not a “nation of immigrants” but a nation of citizens, and we should not excuse or reward illegal immigration. On the contrary, we should end all the magnets then bring and keep illegal aliens in the USA, and we should deport anyone who violates immigration laws.

As a person of Mexican descent, I don’t feel threatened by immigration law enforcement because I am a citizen, any more than I am afraid of the police because I haven’t broken any laws.

Finally, I believe America and all its states should be cultural “melting pots” for all people who legally immigrate to our country. I reject “diversity” because I feel it leads to racial, ethnic and cultural tribalism and it divides people. I also reject discrimination, particularly discrimination practiced by minorities who disguise it as “civil rights” and “justice”.

Accordingly, the essays and commentaries that I author are all written from these points of view, and in some case with little bit of “chile picoso” attitude. You can read more El Conservador on Facebook George H. Rodriguez, El Conservador or contact me at Elconservador.net. 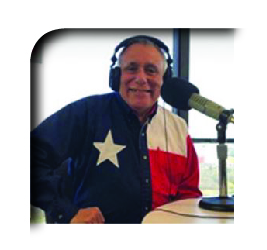