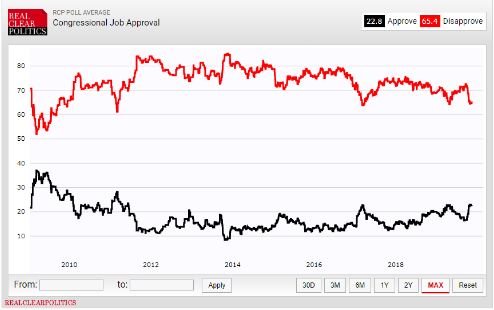 In my last blog, I made several points why congressional term limits are import to the future of our country. In my opinion, the money angle is the single largest reason why we have career politicians and why incumbents are nearly impossible to replace short of retirement or death.

A large “war chest” practically guarantees reelection. In fact, it’s so important that according to a snippet from a presentation given to incoming freshmen by the DCC, they show about 4-5 hours per day fundraising. Maybe this is a pipedream, maybe it isn’t, but why would the DCC show this to freshmen if they didn’t think it was important. A couple of articles that document this are https://www.washingtonpost.com/news/wonk/wp/2013/07/29/congress-spends-too-much-time-fundraising-but-its-less-time-than-you-think/ and https://www.huffpost.com/entry/call-time-congressional-fundraising_n_2427291.In addition, 60 Minutes aired an interview after Florida Republican David Jolly was elected in a special election and he was told his number one priority was fundraising. In fact, he was even given a number he had to hit daily. $18,000 per day was what he was expected to raise. The RNC was so adamate about this they even supplied him with scripts to follow and biographies of major donars to call. Because fundraising isn’t allowed on Capitol grounds, BOTH campaign arms set up call bank headquarters near the capitol so congressional members and staffers can stop in to spend a few hours a day on the phones. 60 Minutes exposed this story several years ago, however, there is nobody up in arms about this. I don’t even remember this being a blip on anyone’s radar. The machine just keeps going the way it’s been and no new ideas come to government; status quo, just like everyone on Capitol Hill likes it.

Here’s a great perspective including some of the 60 minutes footage on the shameful fundraising tactics taken up by our Representatives and Senators. https://www.youtube.com/watch?v=Rf2OEwYvvKkIt’s very evident to me that there is no denying that fundraising done by incumbent congressmen (and women) on both sides of the isle is out of control. How can they be working toward the good of our country when they are spending so much time and energy trying to win the next election. Term Limits would be a great start to quell the focus put on fundraising and they would free up our Representative’s and senator’s time to do what they were elected to do; work for We The People to make this a better country for everyone.Another indicator of how much of an advantage the incumbents have with regards to money is the Super Pacs. In 2010, the supreme court decided to allow the formation of so called “Super Pacs” (political action committees). An individual has a donation limitation of $2800.00 donation to each candidate or candidate committee per election. They can give up to $35,500 per year to a national party committee with an additional 106,500 per year for certain additional conventions, committees and legal proceedings. Super Pacs are not limited to the amount they can collect or spend to help candidates or work against other candidates. The decision of the supreme court has all but made the individual inconsequential in todays elections. Unfortunately, this benefits the incumbent much more than the challenger and does nothing to guide the Congressman to do the right thing for the people.To make matters worse, when it comes to campaign finance reform, we have the fox watching the hen house. In September of 2017, a bill (S.1880) entitled We the People Democracy Reform Act of 2017 was introduced. The bill covered congressional finance reform banning certain foreign controlled, influenced and owned companies from being able to contribute to campaigns. It covered campaign disbursement reporting, Super Pac fundraising, bundled contribution disclosures, Establishment of a Federal Election Administration, Lobbying registration reforms, conflict of interests, public financing of elections and other things.

It was read twice and forwarded to committee where it has sat dormant for the last three years. While I don’t agree with everything the bill contains, (and I believe there are some things that are designed to sway local political landscape such as a “redistricting clause”). I think there are some good items contained in the bill. I also think that if our congressmen and congresswomen weren’t spending so much time fundraising, maybe they could roll up their sleeves and get some real work done. https://www.congress.gov/bill/115th-congress/senate-bill/1880/text is a link to the bill if you care to do some research on your own.As a Constitutionally minded conservative, I find it appalling that people who have been in office for 20, 30 or more years are suddenly going to solve this great country’s problems. To me, it’s wildly apparent that there is no way the current group of long-standing Representatives and Senators can cross the isle and work together in a meaningful way. To make matters worse, elections do not level the playing field because most challengers simply do not have the funding to compete with the incumbent. In my mind, it would be great to see a law passed that the incumbent would have to level the playing field by contributing to their challengers’ campaigns, so all parties had a similar amount of money to campaign with. Just think, if this were law, how much time would be spent fundraising then? Unfortunately, we all know congress will do nothing to level the playing field for the challenger. Everything they do is to keep the current status quo. If you agree that Congress and the House is no longer working fervently in the best interest of this country, then It’s time to get involved. Go to http://www.termlimits.com and sign their petition. Another great resource is http://www.conventionofstates.com. I would offer you this, either you believe DC will fix itself or the states will have to fix it. The status quo is unsustainable. 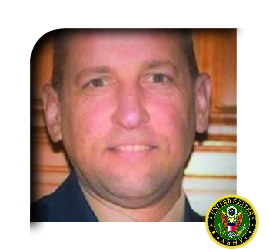