The New Guard: An Introduction

Home BEING READY The New Guard: An Introduction

The New Guard: An Introduction

“But when a long train of abuses and usurpations, pursuing invariably the same Object evinces a design to reduce them under absolute Despotism, it is their right, it is their duty, to throw off such Government, and to provide new Guards for their future security.”

– The Declaration of Independence –

Some of you may be familiar with my story from my travels with the T.E.A. Party Express, but for the sake of reintroducing myself to those that are not, I would like to briefly explain how an uneducated, low income, Hispanic, who grew up through the hip-hop culture of the 1990’s, could end up becoming a commanding voice for conservative principles and the cause of Liberty. In this article I will share some perspectives, and provide a general overview of what to expect from The New Guard column. The actions I take as an American Patriot, to fight back against the enemies of Liberty will hopefully inspire others to take principled actions rather than merely holding passionate opinions.

In 2009, a group of what looked like 50 or more people began demonstrating in down town Waco, Texas; This is a town with a population of only 150,000, and not exactly a hot spot for protest. I remember my older brother Robert inviting me to go down town with him to see what it was all about, and out of curiosity I obliged. I never would have imagined that this group of American Patriots would have completely changed my understanding of not only The United States of America, but also other types of governments around the world, past and present. This group of people called themselves The Waco T.E.A. Party, and even though I was a Hispanic, with tattoos and very naïve beliefs, they offered me literature and were willing help me learn if I was willing to dialog. The first time I read The Declaration of Independence was when one of them handed me a pocket size constitution that included the Declaration. I continued learning about the history of our great nation and the principle upon which it was founded, and it’s from these timeless principles that I will base every article I for this column.

There are four key things that took place in the Declaration of Independence; The Founders explained the principles they believed to be true and just, they clearly listed the abuses of power that were intolerable as a free people, they declared before man and God the actions they would take, and they committed their lives, even to death, to see this Declaration through! I titled this column The New Guard, because in these articles, I will also be proclaiming the principles I believe are true and just, I will boldly speak against abuses of power and policies that are oppressive in nature; I will declare my intentions and share the details of my actions and the actions of my fellow Patriots, and if for some reason I lose financially, reputation wise, or even my life, I will be honored to be among those that came before me that did something rather than nothing.

It’s been nine years since I began this journey of Patriotic action. I have invested thousands of dollars trying to start things that I believed would help us fight back. Some of my efforts were relatively successful, and many of my efforts cost me dearly. I would say that my most significant attribute is that I never learned how to give up. As I learned these priceless lessons, I began to realized that we can stand for all the right principles, but if we never learn to understand the perspectives of different types of people, we will never get past the echo-chamber and start those brush fires that are necessary in the minds of our fellow Americans. Furthermore, if the only people we learn to influence are people that will meet us at our own perspective, our ability to influence others is not truly being challenged.

I believe it is critical that we communicate in a way that enables as many people as possible to comprehend our messages, our visions and our goals. I believe in our liberty to take action as Americans, and what you will read in these articles are examples of how we are actually establishing a New Guard. The liberal agenda has done many things over the years to create a new system of slavery in America, and these policies give us all we need to turn what they see as their base into their greatest adversary. You will see repetitiveness in these articles, but as I explain what we are successful at, I think you will agree that if we can rally around and organize for campaigns, we can rally around and organize for conservative solutions!

As you learn more about our efforts, our hope is that you will join our efforts or begin similar efforts in your own communities. I’m not a professional writer, but I will do my best to clearly explain what we are doing, what works, what doesn’t work, and everything in between with each article. You will learn about my career in the private sector, how it ties into the local non-profit sector, and how we directly impact the political and social sectors in our community. I hope to learn from our readers, grow another community with our readers and even partner with our readers to improve our operations and increase our successes. Ronald Regan told us that freedom is never more than one generation away from extinction, with today’s youth being overwhelmingly inundated with liberal lunacy, cultural efforts like ours are needed more than ever! I will strive to write two to three articles a month, I hope you will read and share them if they interest you.

For God, Family, and Freedom, 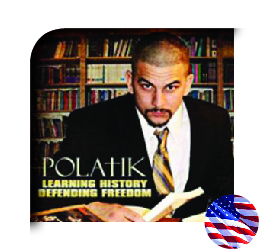