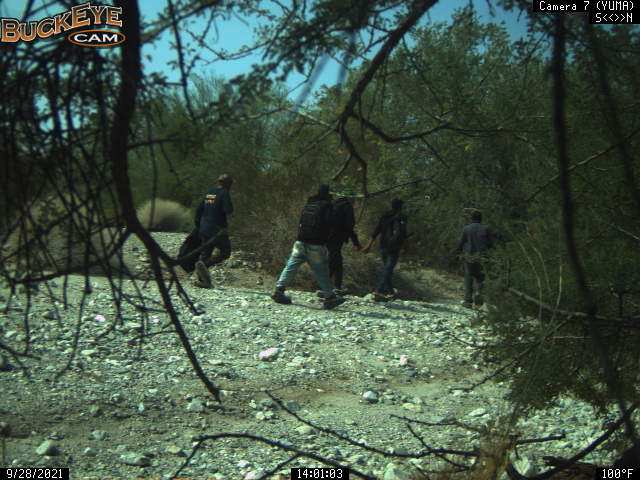 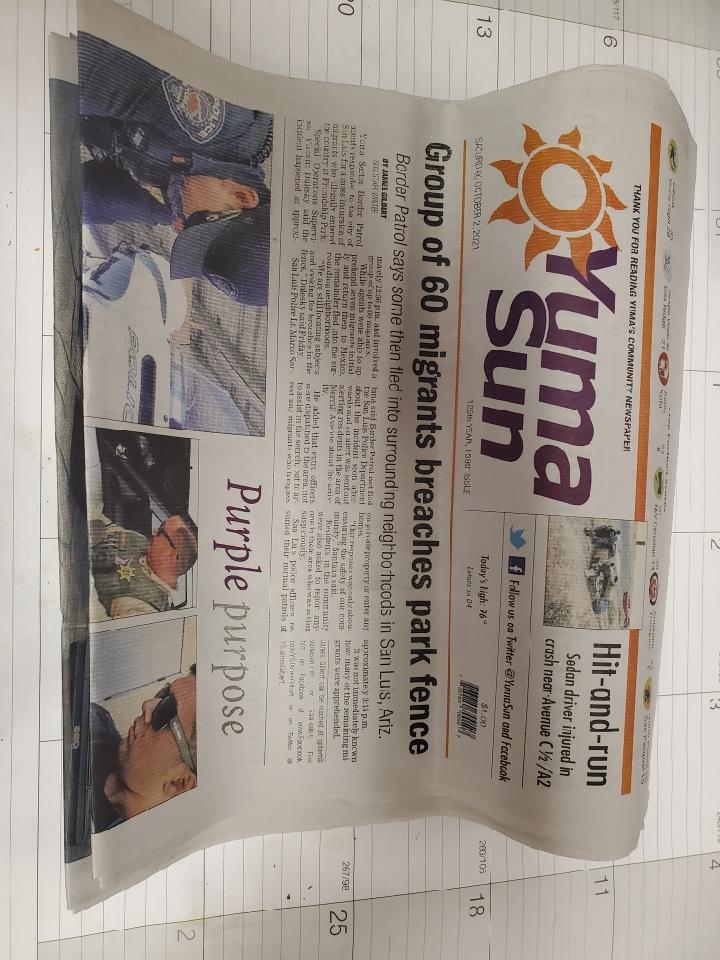 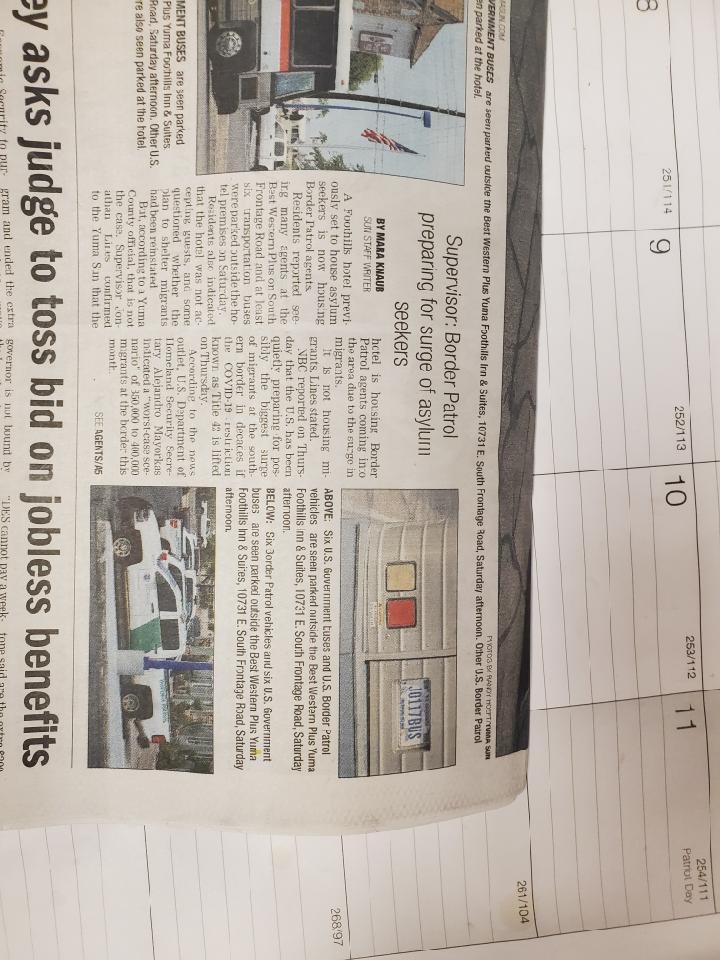 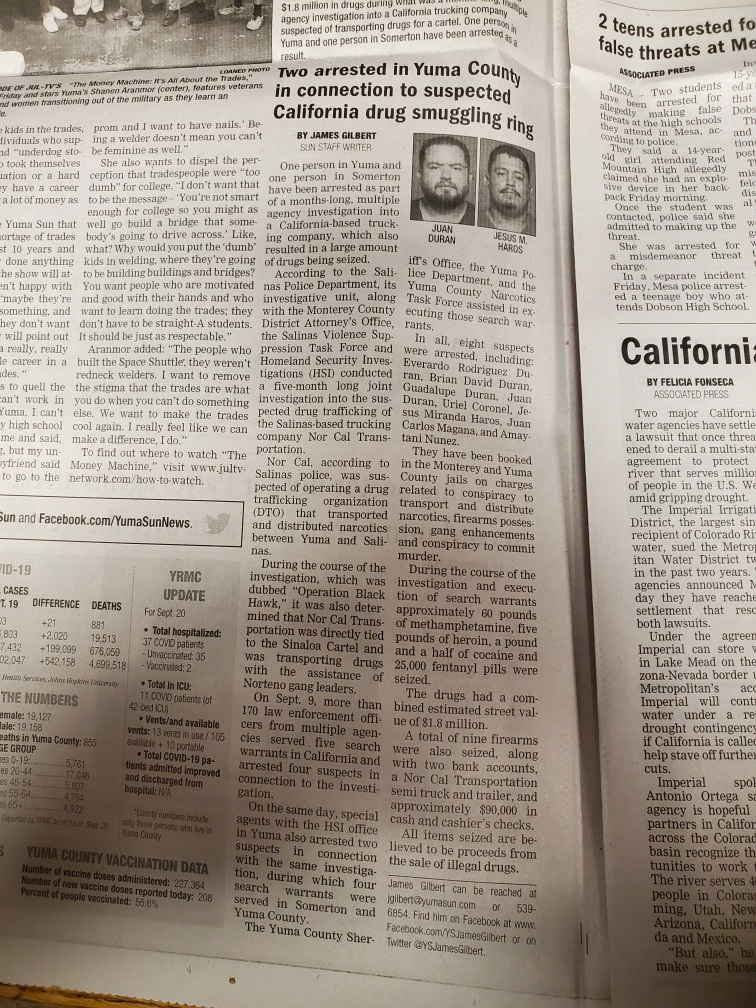 III. New Mexico
1. Wide open. Much of the border is nothing but a single barbed wire. The state is controlled by an open border democrat party. Residents are asking for help along the border especially in parts of the boot heel region. The Boot Heel region is wide open. Large groups have been spotted. All wearing carpet shoes to avoid tracking.
2. The arid / low humidity of the area makes tracking via dog very difficult. CBP redeployments to Del Rio results in few apprehensions. Much of the equipment used to build the Trump wall has been left by the Biden Administration and now stolen. The likely hood of SIA infiltration in these groups spotted by ranchers is most probable. Ease to access points from Mexico to I-10 make high value IA’s / human smuggling less complicated. High speed chases mostly involving CBP are occurring
3. Vehicles have been stolen and used in a similar fashion as Texas. Fences have been cut and vehicles abandoned. Numerous locations have been documented where illegal cross border traffic dispose of carpet shoes, camo clothing, back packs, blankets etc. Using GPS / Cell Phones the groups rendezvous to designated points. They discard old items, clean up and change into new clothing. The result, litter everywhere.
4. The Coyotes (guiding drug mules / human smugglers) – Wear camouflage clothing and are armed. They discard camo clothing at points in the US and change into regular street clothing as they return. Deming, NM continues to be wide open.
IV. Arizona
1. Increase in numbers with a large surge shift from Texas to the Yuma area. Noticeable increases in getaways are daily occurring along ranch lands all across the Arizona / Mexico border all the way to the I-10 corridor. Over 120,000 getaways reported since February. Border ranchers are documenting via concealed camera systems that large numbers are IA’s are moving frequently. Most traffic is in complete camouflage clothing and wearing carpet shoes to avoid being tracked. Careful coordination by human smugglers arrange pick up at designated GPS locations. Old clothing, carpet shoes are discarded at these locations leaving piles of garbage. New changes of clothing, shoes, personal cleaning items are given before being picked up near main highways / interstates.
2. Tucson Sector – Rancher’s report movement even in broad day light. CBP officers have been weakened by redeployments to help Texas. Leaving fewer resources in AZ / NM and Cartels are taking advantage of the situation. Cochise County Sheriff’s Office very busy with high-speed chases and other diversionary tactics. Large groups passing through ranch land to points along I-10. Large areas without CBP.
3. Yuma, AZ – 25 bodies have been recovered (146 across the Arizona Border area). SIA’s are on the increase to include groups from Uzbekistan and Cuba.

4. Operations have commenced to try to slow the increase of narcotics. The result is finding the Sinaloa has a far reaching and sophisticated organization well placed across the US. In fact, heroin-based narcotics have dropped in cost by 30% in the past few months. Opium mostly comes from Afghanistan. Causing immediate threats to US national security from terrorist.
5. Well-coordinated surges of IA’s is being shifted out of the RGV to El Paso and Yuma. Much of the territory in and around the border to I-10 remains wide open to illegal cross border traffic.
V. Conclusion
The border is compromised. All 39 border counties are reporting uncontrolled numbers of illegal cross border traffic. The sophistication used to exploit the US Mexican Border is a transnational operation. The aggregate numbers of illegal aliens entering the United States is impossible to determine. The danger to the citizens of the United States is imminent. Aliens with many criminal offenses have crossed and even recrossed into the US. The cities and neighborhoods these criminal aliens are heading to is unknown. 2 to 4 percent of IA apprehensions and getaways are potential SIA’s. The number of SIA’s that have evaded US enforcement has exceeded 4000 since January. The likelihood of terrorist attacks spelled out in the 911 Commission Report is apparent. The threat to national security and community safety is immediate.

Human smuggling into America is occurring at unsustainable levels. Money laundering & human trafficking using compromised businesses, construction / landscaping sites, restaurants, convenience stores is widespread. Cartels by conservative estimates are making nearly $200 million per week just in human smuggling operations. The amount of money being made from narcotic operations is beyond that of human smuggling. The impact of thousands of newly arrived, untested / unvaccinated IA’s in schools has caused mass spreading of new covid strains.
We suggest US residents keep a UHF / VHF radio scanner nearby to hear information from local sheriffs and first responders should a terrorist attack happen. In such areas, cell phone use may be limited.