March 29th is Vietnam War Veterans Day. The very mention of the Vietnam War can instantly raise the blood pressure of Americans on both sides of the aisle.

Sadly, much ire was leveled directly at the men and women who served our nation during the conflict in southeast Asia from November 1, 1955 to May 15, 1975.

During a conference several years ago, I spent time with a number of Vietnam Veterans who were Prisoners of War in the Hanoi Hilton for years. Words cannot describe the terror they shared and the unimaginable horror they survived.

Despite their suffering, these patriots encouraged us to thank God for America, to love our country, to pray for our leaders and to serve our fellow citizens in some capacity.

Many Vietnam veterans and their families still carry heavy scars of their time in the service, both physically and psychologically.

Although there have been many efforts to right the wrongs of how our service personnel were treated back then, it is important to continue to teach these lessons to the next generation so those mistakes are not repeated.

Thanks to Vietnam Veterans who sought real change, we have seen much better treatment for our troops returning from duty in the War on Terror over the last 20 years.

There’s a good chance you know a Vietnam veteran. You may know people who served but never told you they were in during Vietnam.

Even if you are not sure, today would be a great day to reach out and let them know how much you appreciate them… and might I suggest finding words other than; “thank you for your service.”

To learn more about how to honor these great Americans, go to https://www.VietnamWar50th.com.

Here’s a toast to those who returned and to the heroes who gave their last full measure of devotion on the battlefield or at home in the years since.

One of the recently added experts joining our panel is Gerry Berry, the Marine Helicopter pilot who flew the Ambassador, Marines and civilians out of the embassy on that last fateful day in 1975.
image

To see a short video about his experience and details about our event, click here: https://patriotmission.lpages.co/vero22/ 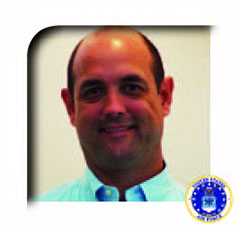 Steve Olds founded PATRIOT MISSION in 2011 to focus on raising up a new generation of young people who will come to understand America\'s founding and unique heritage. Steve is a combat decorated F15 Eagle fighter pilot and has built multiple business since hanging up his g-suit.