We The People, You Know this is True, It’s Time to Stand Up and Act.

Home BEING READY We The People, You Know this is True, It’s Time to Stand Up and Act.

We The People, You Know this is True, It’s Time to Stand Up and Act.

All any of us have to do is sit back, take a deep breath, and then look at the last two years in our country. None of the following are made-up notions or lies, all are facts and “evidential theories through facts” that everyone can plainly see without any talking head trying to tell them what they are witnessing.
1. Fact: Borders Wide open, ignoring invasion by world countries, and cartel for Drug and Human/Child Sex Trafficking. All mainstream media ignores this horrific outcome and do as they are told by turning their backs to it.
2. Fact: All branches of the US Government have been infiltrated and corrupted by globalists through the democrat party and the Republican leadership and are enemies of our US Declaration of Independence, The Constitution, and the Bill of Rights. Rendering them (the 3 branches of government) incapable of defending We The People and our Sacred Republic. All mainstream media ignores this horrific outcome and do as they are told by turning their backs to it.
3. Fact: #2 above has indeed corrupted, cheated, and stolen our last election and all proof is blocked by not only the 3 branches of government but their monopoly on mainstream media to bring forth into the light the proof that all We The People know exists. All mainstream media ignores this horrific outcome and do as they are told by turning their backs to it.
4. Fact: These globalist/fascists=socialist-democracy terrorists needed something way bigger than a scandal, or mass shooting, to cover up and take attention away from #1-#3
a. Evidential Theory: So they created this man-made make-believe pandemic, twisted and false reporting of numbers of this 99.8% recovery rate man-made virus, to justify the panic of a pandemic label, and then developing a serum they label a vaccine, to begin more division between the vaccinated vs non-vaccinated just as they have done with the race, gender, law-enforcement, gender, rich vs poor, sexuality, etc. But even this is starting to implode with more time and facts arising.
b. Evidential Theory: So they did the unthinkable, Afghanistan treasonous actions of this current illegal administration, decided to go against Article III, Section 3 of our Constitution and levy war against the United States by adhering to our enemies and giving them aid and comfort for strategic and monetary gain that will focus a hard target on the American economy soon.
5. Fact: A major portion of the American citizens now are not focusing on #1-#3 just as the globalists hope for.
6. Fact: All above #1-#4 are important and need to be stopped, but ignoring the first and just complaining about the last is only adding strength to their takeover of our nation.
7. Fact: Action is needed. As We The People wait for some heroes in our Military to step up, to have a backbone, to overthrow the corrupt generals that do exist on active duty now, We The People must act by preparing themselves spiritually, physically, as best they can, then prepare their homes and property for 3 to 4 months of sustainability, then to reach out to their family neighbors and begin to organize local networks and communications of safety.
Go to www.continuethemission.net and order the Continue The Mission We The People’s Handbook today. It is that important. It will help in all those areas.

May God help us all, bless you, and prepare His coming.
“Charlie Mike” (Continue the Mission) 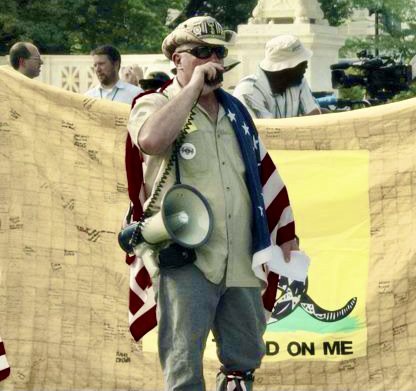