Welcome to My Not-so-Ordinary Life!

Home BEING READY Welcome to My Not-so-Ordinary Life!

Welcome to My Not-so-Ordinary Life!

How exactly does one say hello? Greetings? Hi? Maybe just, Sup? I’d like to introduce myself and hopefully, I can do it well. My name is Camille Ludwig, but just call me Cami. I’m 29 years old, the 9th youngest out of 12 siblings, and currently in the process of enlisting for active duty Army. I’d like to say that I lived a pretty average life but the more I learn about it, the less average it becomes. With no memories of my childhood and scrambled memories of my teenage years, there has been a lot that I’ve had to discover on my own. So, where do I begin? How about a simple introduction? The nitty-gritty details can come later.

I was raised in the farmlands of Utah, 30 minutes away from the nearest one-stoplight town. Ever seen the movie, “Yours, Mine and Ours?” Somewhat of an example of how life was: a wild mixture of kids who didn’t want to be thrown together and parents that weren’t exactly good at being parents. We were raised to live off of the land, keep our heads down and be self-reliant. Where that mindset came from, I’m not entirely sure. To say that my parents are conservative may be a bit of an understatement, but not all of us ended up that way. I’ll say, I’ve had my fair share of pulling away from my conservative roots to follow a more liberal road. Thankfully, that didn’t last long. Most of my family are conservatives, with many having had served in either the military or emergency response throughout my life. After having had seen a lot of what goes into that kind of service, I’ve decided to pursue that path myself.

Currently, I’m in the middle of enlisting for the Army. I had originally intended on trying for the Air Force but with my goal being a helicopter pilot, it seems that the army would be the way to go. I started the process in December and have found myself stumbling over a few blocks, some funny and some, well, not so much. As I am the first female in my family to want to go into the military, my parents have had quite a lot of protests. And, seeing as I’m basically the baby girl of the family, I can understand their concern. The biggest stumbling block for me has been how my family has responded to this choice of mine. It’s one thing when friends or simple acquaintances talk down on the military but it’s another thing entirely when it’s those that are the closest to you. Especially when you’ve worked for so long trying to be their golden child. However, that’s another story for another time. Back to me!

The second block that I found myself facing is that I had a bunion surgery on my left foot back in 2013. Seeing as I had no complications and am fully healed, that in itself shouldn’t be a problem. Right? Unfortunately, my doctor happened to lose all my medical records when changes were made to his records system. As it stands, now the process may very well be drawn out as we try to clear this stage. I’ve never been very good friends with Patience, but now it seems that we are to become very good acquaintances. I’ll be honest, two months of that and I’m still not sure how I feel about it. With the ASVAB out of the way (I scored an 81! Yay!) and no notices of any other paperwork that needs to be completed, it seems that this is the main holdup. Despite the frustration that has come of this, it has also given me extra time to think about what it is that I really want to go for. Do I want to go for a basic contracted period? Maybe a career? Oh, the secrets I could share with that.

With the desires that drive me to want to enlist, I could honestly see this as becoming a career. I have full intentions to become a blackhawk pilot but that’s not all that I want to accomplish while I’m enlisted. Who knows, maybe some of those secrets might come to light. I guess it all depends on how long you want to stick with me. What I can say is that I’m finally taking charge of my own decisions. The best things in life are never easy and the easy things aren’t always the best. So, here’s to chasing that dream, to refusing to smother that fire in your chest. So what do you say? Let’s make this happen. 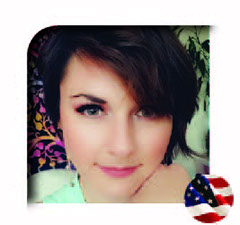