Why The Rush To An Article V Convention?

Home BEING READY Why The Rush To An Article V Convention?

Why The Rush To An Article V Convention?

If our enemies, traitors, and government tyrants are allowed the opportunity to hold an Article V Convention they will use that opportunity to get rid of our existing Constitution, and impose a new one.
They hate our Constitution and Founding Principles and it would be a perfect moment for them to ignore the Principles of our Founding Fathers and set up their own rules and place delegates of their liking to tip the balance to accomplish their goal.
What is their goal you might ask?
The goal is to impose a new Constitution that eliminates the current one. Under that new document the Federal government would have unlimited powers.

Does this sound like an opportunity that we want to hand over to those who have openly stated that they want to fundamentally change America?
You be the judge.

I suggest that we respect and read the Constitution, then obey it.
After all, it along with our Rule of Law, and the Declaration of Independence, has made America the world’s beacon of hope for freedom and liberty.

“FREEDOM And LIBERTY/USE Them OR LOSE Them!” (EMc) 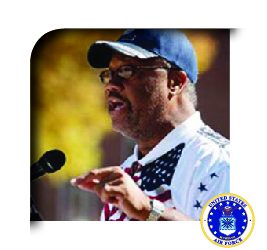